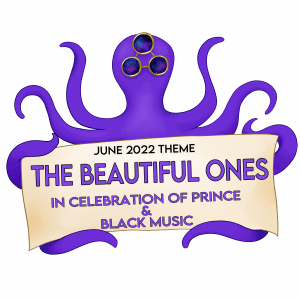 Thank you for your support.
Click on each image to visit each creator’s page to learn more about them and support their other great works!
Let’s jump into it! 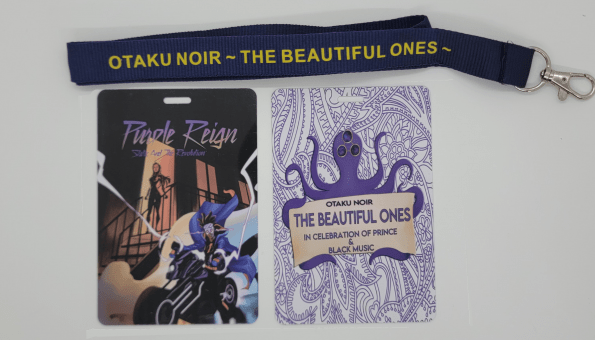 Badge & Lanyard
You’re one of The Beautiful Ones and now everyone knows it. 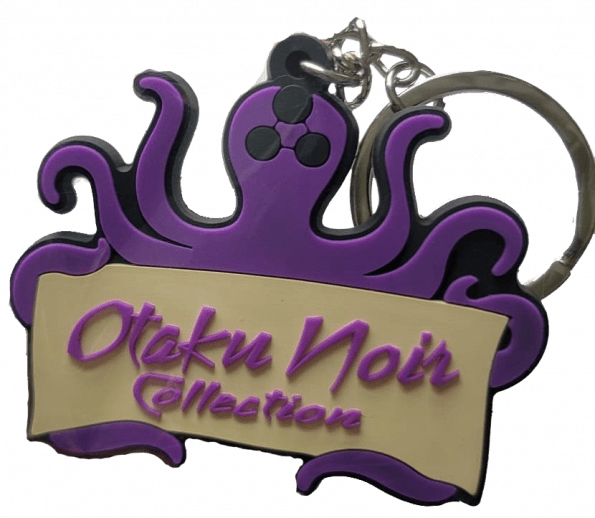 Keychain
Our Otaku got into the Prince tribute and donned a pair of third eye sunglasses for the occasion. 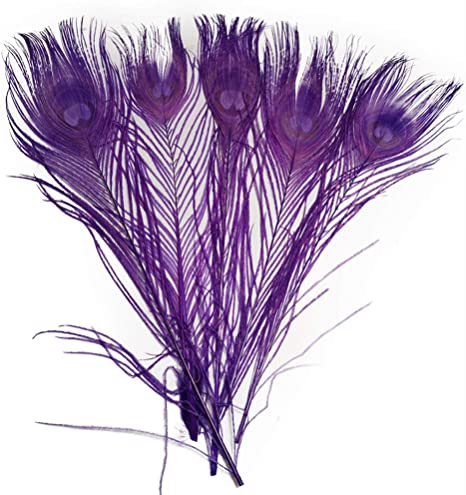 Purple Peacock Feather
Just like a peacock showing it’s plumage. Prince showed the world how amazing he was in everything he did. 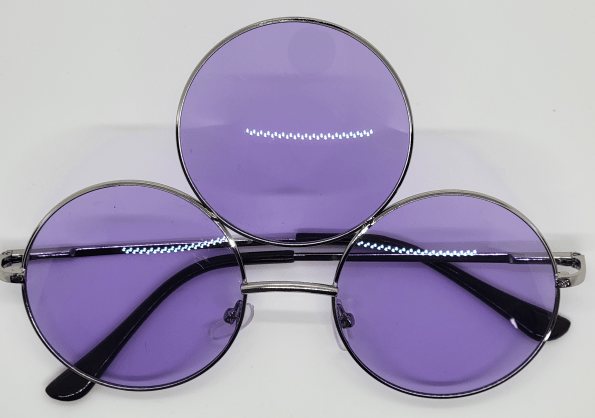 Third Eye Sunglasses
A nod to his one-time backing band 3rdeyegirl as well as the spiritual concept of the “third eye,” which is said to provide perception beyond ordinary sight. 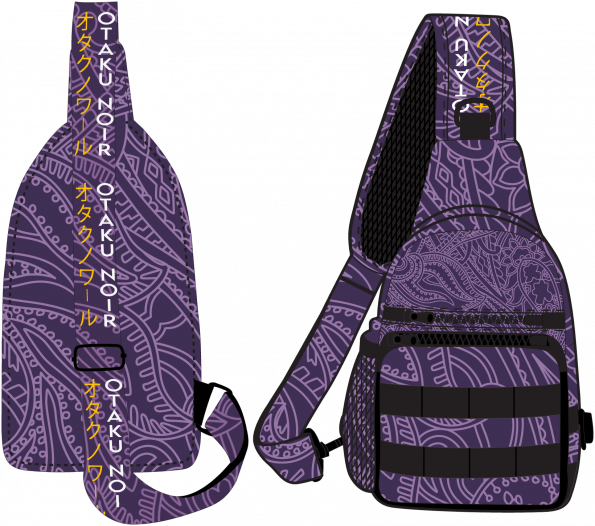 Shoulder Bag
With so many goodies, it’s only right that we give you a way to carry it all around. This bag has 3 large compartments plus external netting to hold extra merch. 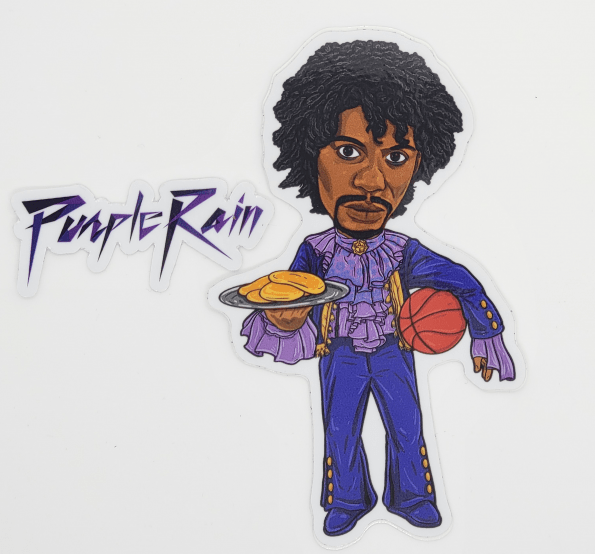 Sticker – Chapelle as Prince
Would you want to get beat on the court and served panckaes afterwards?

This sci-fi space opera / action story follows a squadron of five teenage space pilots that are called The Angels, who seek glory and retribution against the evil alien parasite empire who destroyed Earth.

A collection of eight instrumental songs have been produced and arranged for each character within the Joystick Angels story to create a multi-leveled audio/visual experience that pushes the envelope and break boundaries in Indie Comics! 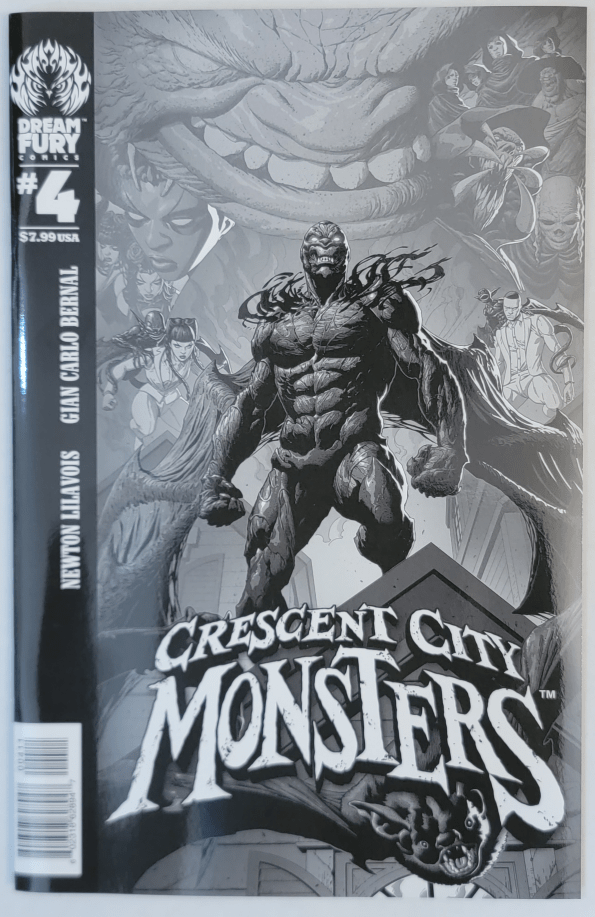 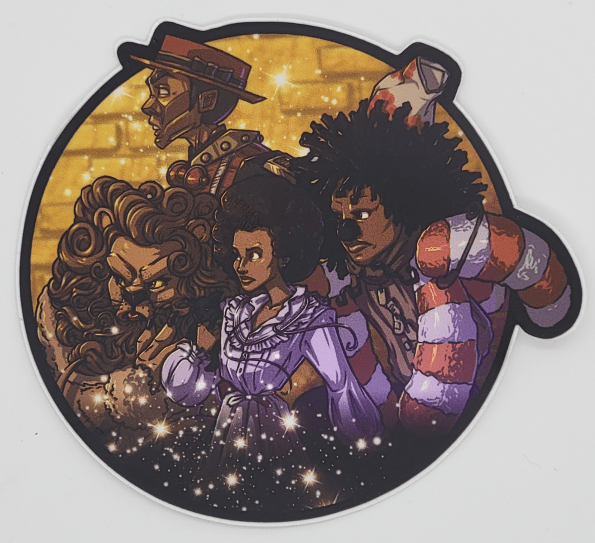 Sticker – The Wiz
By JCutt Production

This 1978 musical is what you’d get when you blend The Wizard of Oz with the sounds of Motown Records. 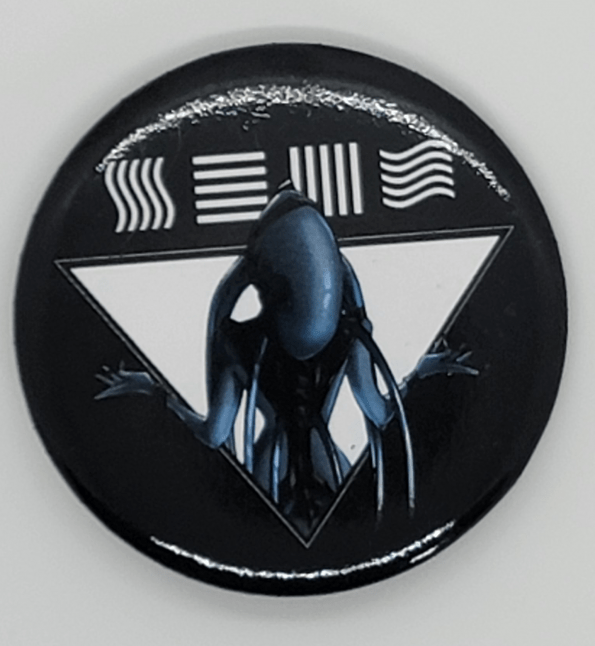 Button – Diva
By JCutt Production
One of the most memorable scenes in Fifth Element was the opera house scene. Diva performing the “Il dolce suono” (“The Sweet Sound”) aria. 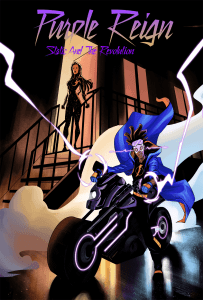 Poster – Purple Reign
By Edward
Our Purple Rain x Milestone comics mash up was so awesome we renamed it to Purple Reign, as it rules over any other version that’s out! 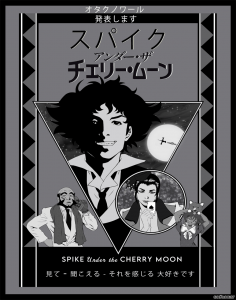 Poster – Under The Cherry Moon
By Rud-Boi

Under the Cherry Moon is a 1986 romantic musical comedy-drama film starring Prince and marking his directorial debut. Its soundtrack album, entitled Parade, went platinum, selling over a million copies.

We chose Cowboy Bebop because of its jazz & blues music which was close to the type of music performed in the social night club in the film. 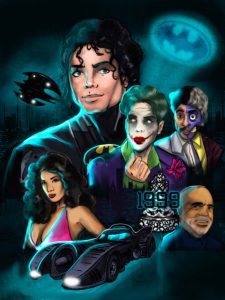 Michael Jackson & Prince were talented rivals. Not as violently as Batman and the Joker – can you imagine?! Lol.